Old town Benidorm is a low-rise building in the traditional Spanish style, small and cosy squares, narrow winding streets, which are concentrated abundance of cafes, bars, restaurants and shops as well as attractions and historical sites.
The old town is situated on a picturesque promontory stretching into the Mediterranean sea, in the heart of Benidorm, between the two main sandy beaches: Levante and Poniente, thus dividing a long coastline and forming the Central part of the coast.

The main street in the old town is Passeig de la Carretera, which runs parallel to the sea, and is lined with shops, restaurants and bars to help you unwind and refresh after yall of your exploring.

If you decide to get close to the Old town of Benidorm, you have to go along the Paseo de la Alameda, Calle Gambo and Calle Mayor, all lined with shops and terraces. Lose yourself in its streets aimlessly and you will discover beautiful places and buildings as emblematic as the beautiful Iglesia de San Jaime of the 18th century, with its simple white facade and domes covered with blue tiles.
A must in the old town is the Mirador de Benidorm from which to contemplate the grandeur of the Mediterranean. It is located in a great promontory jutting into the sea called Punta del Canfali that separates the beaches of Levante and Poniente, from there you will have one of the most beautiful views of the city of Benidorm. This place is also called el Castillo, because here was located the old castle town of the 14th century, the ancient fortress defending the city from attacks by pirates and privateers, but unfortunately there are only a few small remnants. 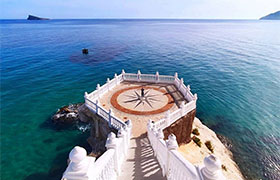 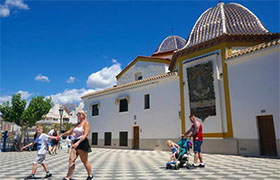 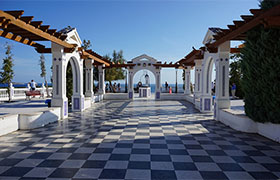 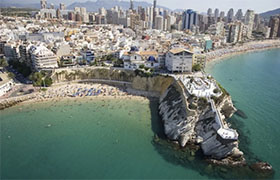 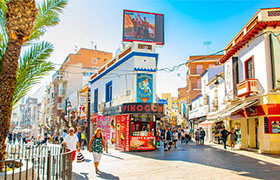 Our first apartment in the center of Benidorm
will be open next February 1st, 2023